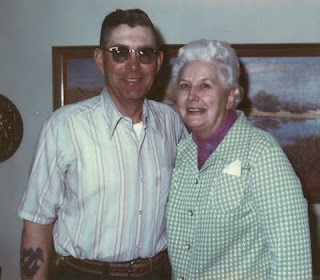 Mike and Deanna Carson family       Vicci and Raymon Carson family
Harold and Wilma's children
Harold R. Carson was born February 4, 1920, at home near Woodburn, Iowa, son of Frank and Margaret Elizabeth (Porterfield) Carson. On September 4, 1943, he married Wilma Louise Mackey at Colorado Springs, Colorado.
Wilma was born May 5, 1919 near Jones, Oklahoma, the daughter of William Leslie and Verna Adaline (Nyswonger) Mackey. Verna passed away on May 29, 1925, and Wilma then came to Iowa to make her home with Herb and Alta Mackey, her uncle and aunt, and their adoptive daughter, June. Wilma started to school at Woodburn in 1925 and graduated in 1937. She attended Simpson College at Indianola and Drake University in Des Moines. Wilma taught her first country school at Fox earning $50.00 a month and her next school was Red Wing.
After school in 1943, Wilma went to Colorado Springs to visit her fiance, Harold Carson, who was in the service there. They were married on September 4. Two months later Harold was sent overseas to the CBI (China, Burma, and India) theater of war, where he spent two years. After the war, he returned home and after his discharge from service they moved to a farm north of Woodburn in 1946.
Wilma received her Bachelor of Science degree from Drake University in 1964.  She taught science at Clarke Community Jr-Sr High in Osceola   She had a heart attack in 1977 and had to retire from teaching. She taught over 34 years and enjoyed the students. Harold and Wilma lived on the farm for 36 years, then sold it and moved to Murray in April, 1982.  Wilma passed away on October 1, 1999.   Their children are Raymon Eugene, Michael W., and Rhonda Renee, who was stillborn. 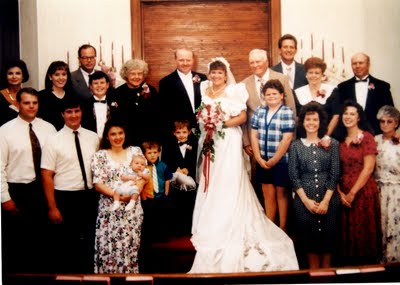 
Charles Richard Carson, son of Charles Minor and Dolly Elizabeth (Page) Carson, was born January 8, 1922, near Ottawa, Iowa. He was only 3-1/2 lbs. when he was born. The first few months of his life were spent a shoebox in the warming oven of the wood heating cookstove. He was carefully fed and tended by his grandmother, Henrietta (Barton) Page. Richard married Marjorie Bell Durrell on March 21, 1948. Marjorie was born March 30, 1924, and was in the Navy from June, 1944, until May, 1946.
Richard and Marjorie farmed north of Ottawa on the farm that has been in Richard's family since 1855 and where Richard has lived his entire life.  The home where they live was built around the original log cabin. The original home consisted of two rooms downstairs and two rooms upstairs with a stairway on the northeast side of the room. Later a kitchen and another upstairs bedroom were built.
Richard was on the Board of Education for 6 years, REA director for 21 years, FHA board for 6 years, and township trustee and clerk for 26 years. He has also served as Farm Bureau director, and has served them as president, secretary, and treasurer. In the middle years of his life, Richard was diagnosed with diabetes and this disease claimed his sight in 1990. Richard passed away on May 8, 1999.
Marjorie has served as township clerk for 30 years and is a member of the Clarke County Genealogical Society, Ladies‟ Auxiliary of Herndon-Oehlert Post #157, Charter Member of the Women in Military Service Association, and served as secretary for the Methodist Sunday School for many years.   Their children are Judith Ann [Barber], Joyce Marie [McKnight], John Richard, Thomas Paul, and Lesa Kay [Hemesath].
Posted by LD